What is bruxism? Symptoms, consequences, treatment and solutions 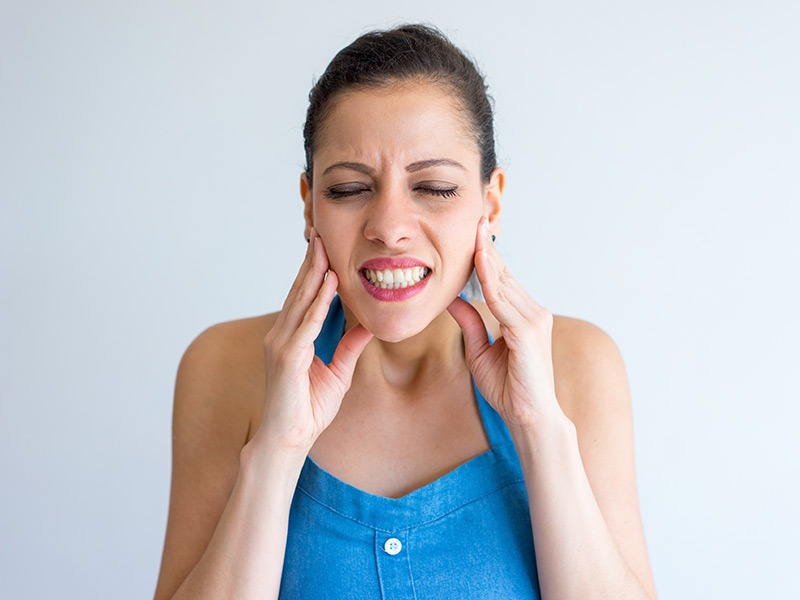 In today’s article in Gross Dentistas we are going to deal with bruxism, we will talk about the symptoms so that you can detect it and go to your trusted dentist and find a solution to this problem.

You have probably already heard what bruxism is, but for those of you who don’t know what it is, you should know that it consists of unconsciously clenching your jaw and grinding your teeth, which causes them to wear down.

According to studies, this problem is suffered by approximately 70% of the population in Spain. It is a fact that can occur both during the day and at night, although it is at night when it is most frequent.

The person who suffers from bruxism does not realise it themselves, as it is usually other people who inform them, either because they have slept with them and have heard them grinding their teeth, or their dentist, after carrying out a check-up, has noticed that their teeth are somewhat worn.

How do I know if I have bruxism? Common symptoms and consequences

As mentioned above, there are people who realise that they have bruxism because someone else has told them about it, even if it is simply the fact that they grind their teeth. But there are many other symptoms that can indicate that we suffer from this problem.

Symptoms of bruxism and consequences

Like any other problem that is not treated in time, there are also consequences, which are also symptoms of bruxism:

What treatments and solutions are available for bruxism?

The possible treatments for bruxism are discussed below, and it is important that they are supervised by your trusted dentist as they, as experts in the field, will know which is the best option for your specific case.

Finally, from Gross Dentistas, dental clinic in Malaga, we want to mention that it is very important to take into account other aspects to try to avoid bruxism as far as possible, which are to reduce or eliminate stress and muscle tension, perform relaxation exercises, massage the muscular area of the jaw and sleep maintaining a correct posture.

If you currently have an emergency, or need your orthodontics checked, we invite you to contact us without obligation. Call us or write to us, we will respond to your request as soon as possible.