Learn all about mucocele: what it is and how it affects you

When small lumps appear on the inside of the lip or under the tongue, we tend to think of them as sores or canker sores. However, it may be a mucocele, which is a build-up of salivary fluid. The difference between a sore and a mucocele is that the former hurts and disappears within a few days, while the latter takes weeks.

Its size can range from 3 mm to several centimetres. Its appearance is similar to that of a blister, but in this case it cannot be ruptured:

Why do mucoceles appear? Find out all the causes

In general, patients at our dental clinic in Malaga who suffer from mucoceles have them after having suffered a blow. They can also appear after biting your lip while eating.

The consequences of these traumas are the rupture of a main or accessory blood vessel of the salivary glands. Saliva leaks out of the glands and facilitates the accumulation of saliva between the epithelial planes, which causes the lump to appear.

Despite its appearance, a mucocele is not painful.

Types of mucocele depending on their origin

We can distinguish between two types of mucoceles depending on their origin:

How can a mucocele be cured and do you need surgery?

The most normal way to cure a mucocele is to leave it alone, as after a few weeks they are reabsorbed and do not cause pain. Normally they do not need surgery to remove them, but there are some patients whose mucocele remains chronically and affects their daily life.

If when eating or talking you have noticed that it rubs against your mouth and hurts you, the mucocele can be removed using different surgical techniques:

Follow these tips to prevent the appearance of a mucocele

As mucoceles generally appear as a result of trauma, it is not easy to give advice on how to prevent them.

But if you have one, we recommend that you don’t press on it or bite it and that you come to your appointment with our dentists to have it analysed.

Mucocele does not really appear normally because it affects a maximum of zero to 8% of the population, especially those between 10 and 30 years of age.

If you want to know more information about mucocele, or you suspect that you have a mucocele that is not a simple sore, contact us and ask for an appointment so that we can analyse it. This way we can give you the best advice or inform you about surgery if necessary.

Remember that our dentists also do endodontics, dental implants, we have a pediatric dentistry section and much more. 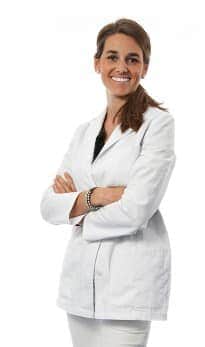